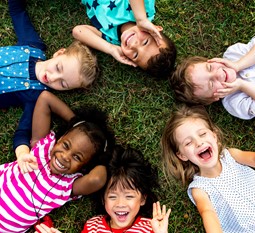 Tips to raising a multilingual child

The 2016 census revealed that more than one-fifth (21%) of Australians speak a language other than English at home.

There are many benefits to speaking to your child in a language other than English at home. Besides from their being able to speak with you and your family in a language that you may be more comfortable in, experts have shown that children who learn more than one language demonstrate enhanced cognitive development, can have improved memory and concentration, and are better at solving problems. Practical benefits for your child include better communication, and career opportunities in an ever-increasing global market.

In this post we offer you some tips on raising a bilingual or multilingual child.

At what age should you start speaking to your child in the language?

Start early, in fact as soon as the baby is born.

Linguistic experts believe that children have the ability to learn multiple languages just by hearing them, even when they are too young to utter a word. They can learn any new language faster than an adult.

Some experts believe that babies can understand their mother’s language when they’re in her womb since that’s the most prominent voice they hear. And, after they’re born, they are actually able to distinguish between their mother’s voice and others’, even understanding the difference in the languages spoken.

Do babies get confused when exposed to more than one language?

This is a myth.

7 tips for teaching your child a language